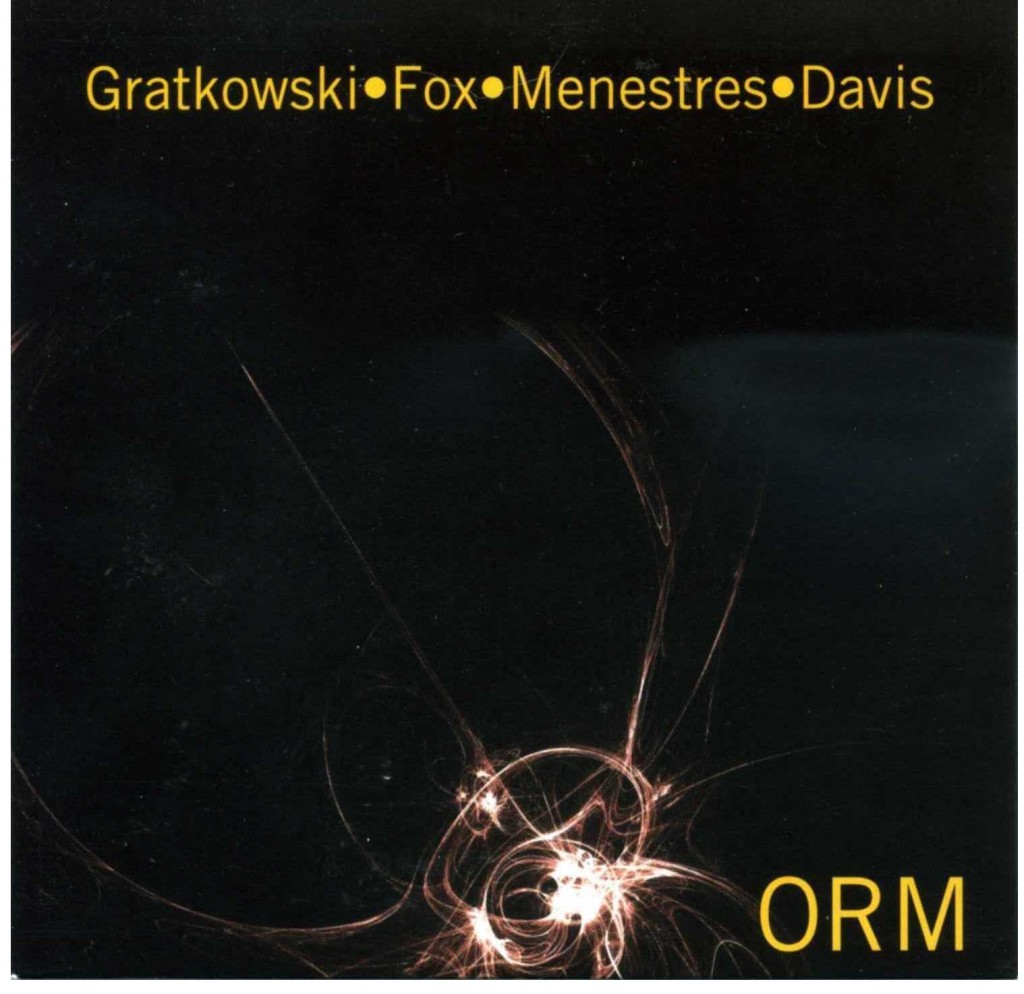 Recorded in October 2004 in Winston-Salem, NC.

Pianist Dave Fox, bassist David Menestres, and percussionist Ian Davis are all based in central North Carolina.  The three perform as part of Fox’s quartet (8/04, p.128) and Davis is part of the collective groups Unstable Ensemble and Micro East Collective (along with Cadence scribe Jason Bivins.)  This session was recorded during German reed player Frank Gratkowski’s 12-day residency in North Carolina during the fall or 2004.  Gratkwoski had spent time in North Carolina before, conducting workshops and performing with the Micro East Collective.  Here, the eight collective improvisations have an intimate chamber feel.  This is music full of spontaneous counterpoint as the various voices play off of each other.   Fox, Menestres, and Davis improvise together on a regular basis and it shows in the way that they synch in to the dynamics and densities of the music.  Gratkowski fits in perfectly, placing his carefully wrought reed lines against Fox’s introspective linear musings, Menestres’ elastic bass playing, and Davis’ pointillistic percussion.  The group can tread cautiously, like on the opening piece, or dive into more tumultuous freedom as they do on the third piece.  There, Gratkowski’s alto dive bombs against the pianist’s brittle shards while Davis shows that he can push things with a free swing with the same acuity he shows in his free playing.  The quartet can also display a sensitive melodicisim like on the penultimate piece that evokes the musings of Paul Bley.  Throughout, there is the sounds of four musicians stretching each other as they work their way through.  It is meetings like this one that prove the vitality of regional improvising scenes.  -Michael Rosenstein

ORM finds Fox on the path of freedom, similarly to last year’s collaborative Foxbourne Chronicles or his gorgeously introspective solo disc, Dedication Suite. Always deeply drawn to harmony, even in its most abstract manifestations, he couldn’t ask for a better partner in saxophonist Frank Gratkowski. Listen to the opening gestures of “Bedo , where Fox echoes Gratkowski’s trichord assertion in kind, bassist David Menestres commencing and concluding the phrase with authoritative slaps. On the title track, Gratkowski’s long alto tones seem to grow out of Fox’ chordal punctuations, while drummer Ian Davis and Menestres provide a soft bed of brushwork and arco insinuations on which the others explore.

Gratkowski is as much a rhythmatist as a melodist and he spends the disc veering between Fox’ rhapsodically linear musings and Davis’ rhythmic intricacies — no mean feat and highly successful. “Euvl finds him initially in Davis’ camp, sharp and rhythmically precise exhalations nevertheless accenting Fox’ chords and lines. In fact, Fox and Davis might be seen as the axis on which the disc turns, Menestres and Gratkowski lending support, texture and color where necessary, the dialectic ensuring a fascinating and gratifying listen throughout.